NAIROBI – Kenya Airways must avoid picking a board packed with politically-connected individuals after it is renationalized in order to ensure future success, its chairman said on Tuesday.

The loss-making airline, which is 48.9% government-owned and 7.8% held by Air France-KLM, was privatized 23 years ago but sank into debt and losses in 2014. Lawmakers voted to re-nationalize it in July.

Chairman Michael Joseph said the requirement for professionals to be put in charge of the airline is being built into draft laws that will guide the renationalization.

“It must be run in a commercial way,” he told reporters on the sidelines of an aviation meeting.

“We do not want to create a situation that we had before, where you nationalize the airline and all it becomes is a department of government. The board of directors is loaded by friends of politicians.”

A failed expansion drive and a slump in air travel forced the airline to restructure $2 billion of debt in 2017. But Kenya Airways still needed cash for fleet and route expansion amid growing competition from Ethiopian and Emirates.

Kenya wants to emulate countries like Ethiopia, which runs air transport assets – from airports to fuelling operations – under a single company, using funds from the more profitable parts to support others.

Under the model approved by lawmakers, Kenya Airways will become one of four subsidiaries in an Aviation Holding Company.

The others will be Jomo Kenyatta International Airport (JKIA), the country’s biggest airport, an aviation college and Kenya Airports Authority, which will operate all the nation’s other airports. 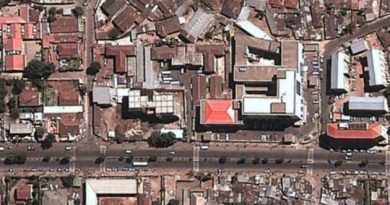 Me’akelawi to Be Open for Public Visit