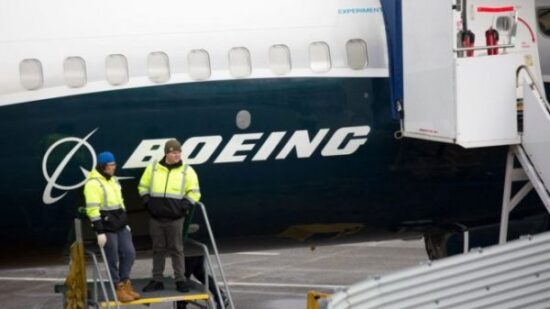 The report was made official late last week nearly four years after the aircraft flying from Addis Ababa to Nairobi crashed a few minutes after takeoff, killing all 157 passengers and crew on board.

The ET 302 Boeing 737-8 Max Aircraft Accident Investigation Final Report concluded that the crash was due to safety feature failure.

Transport and Logistics Minister, Dagmawit Moges, stated that the final report confirms that there was nothing wrong before takeoff.

The erroneous data, in turn, triggered the Maneuvering Characteristics Augmentation System (MCAS), which repeatedly pitched the nose of the plane down to the point the pilots lost control.”

The angle of attack sensors on the aircraft tells the MCAS to automatically point the nose of the plane down if it is in danger of going into a stall.

MCAS is an automated safety feature on the 737 Max 8 designed to prevent the plane from entering into a stall or losing lift.

The minister stated that the final report into the March 2019 crash is in line with and builds on the preliminary and interim reports that were released before.

ADDIS ABABA – Rebuilding more than 70 schools destroyed in the recent conflict in northern Ethiopia, according to the Ministry of Education. Share this

Grade 12 Exam: Only 3.3% of Students Pass the Halfway Mark

Emirates Airlines has operated its first milestone demonstration flight on a Boeing 777-300ER, powering one of its engines with 100% Sustainable Aviation Fuel (SAF). Share

The International Air Transport Association (IATA) welcomes the reclassification of airspace over Somalia and the surrounding region to Class A after three decades. Share this

Ethiopian Airlines to add Atlanta to its Flight Network

Ethiopian Airlines Flights to China to Return to Pre-Covid Levels

Pioneering the Possible: Ethiopia’s Green transition solution to the World

Do not let AIDS slide down the priority list in Africa

10 Things Africa Must Do to Accelerate Industrialization & Economic Diversification