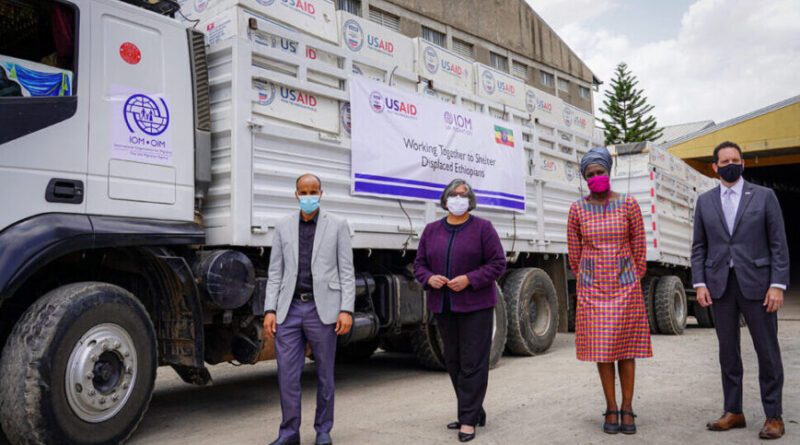 ADDIS ABABA – The United States has today handed over 1,500 rolls of heavy-duty plastic sheeting to the UN migration agency to provide emergency shelter for tens of thousands of Internally displaced people in Ethiopia’s Tigray region.

The conflict has forced an estimated one million people to flee their homes—many of whom are now sleeping outside or in crowded shelters.

IOM is expected to immediately transport and distribute these new shelter materials and supplies to people in need across communities in Tigray.

Ambassador Pasi said her country has been working Ethiopian government and its partners to provide emergency assistance to the 4.5mln Ethiopians affected by the crisis in Tigray.

“USAID’s airlift of durable plastic sheeting is on top of the already USD $305 million of humanitarian aid,” the Ambassador added.

The IOM has appreciated U.S.’s assistant as demonstrated with the latest support.

It “comes at a moment of dire need on the ground,” Maureen Achieng, IOM’s Chief of Mission.

“These materials will ensure that even as we work on lasting solutions to the displacement, the affected IDPs can still live lives of safety and dignity,” Achieng added.

The Ethiopian government said it is covering more than 70 percent of the humanitarian support in Tigray and has consistently asked the donors to contribute more.

Heeding the call, the international community has recently begun to chip into the ongoing humanitarian efforts in northern Ethiopia.

So far, they have contributed over USD $500 million aid to protect the most vulnerable.

The U.S. has provided 61 percent or %305mln of the assistance in food, nutrition, health care, shelter, relief supplies, safe drinking water, and programs to protect the most vulnerable. 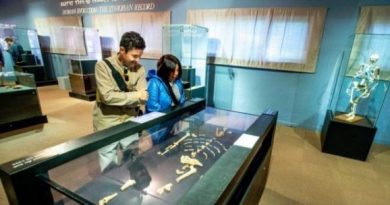