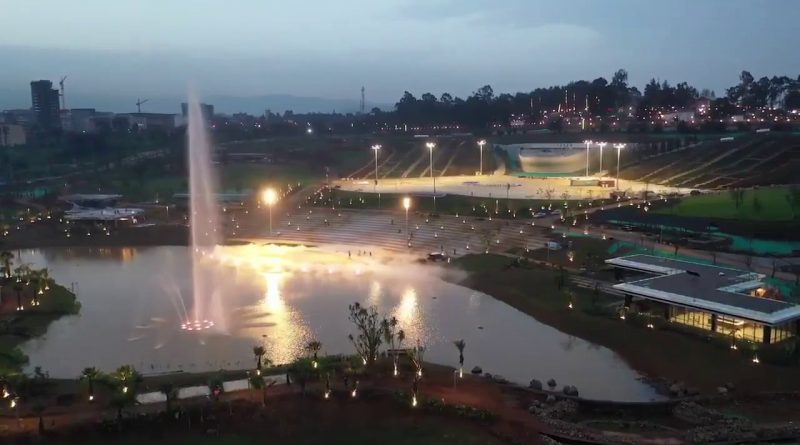 BRUSSELS – Ethiopia has shifted its focus towards its main agenda of continuing its reform process, while at the same time re-building the region of Tigray.

A group of reformists led by Dr. Abiy Ahmed came to the helm of power in April 2018, ushering in a new era of political and economic liberalization and opening up, amidst growing grievances about political, economic, and social inequality.

On the political front, crucial measures of reform have been taken to set a stage for long term political solutions to peoples’ grievances and demands. Right at the beginning of the reform process, tens of thousands of prisoners were released while political opponents both at home and abroad that were prohibited to practice politics in the country were allowed to join the democratization process. Repressive laws such as the Anti-terror Law and the Civil Societies Organizations Law that undermined the human and democratic rights of citizens were reformed.

Furthermore, institutions that are considered as the pillars of democracy such as the Election Board, the Human Rights Commission and the justice system went through extensive reforms to ensure the well-functioning of the institutions and independence in carrying out their constitutional mandates.

In the economic front, even if Ethiopia had been registering double-digit economic growth for a decade and half, unemployment, high inflation rate, as well as growing income disparity have been the Achilles-heel of the Ethiopian economy, causing severe macro-economic imbalances and debt stress. Thus, the economic reform emphasis is among others, on reducing youth unemployment, creating a favorable environment for the private sector as well as addressing structural challenges to the economy.

To this end, a Homegrown Economic Reform agenda was drawn which led to the newly unveiled 10-year economic growth plan (2020/21-2029/30). The plan envisages to sustain the country’s high growth trajectory and position Ethiopia as an African Beacon of Prosperity. The economic reform has achieved commendable results by restructuring the debt burden, inviting the private sector to have a strong role in the economy and adding to the focus of the economy sectors such as ICT, tourism, and mining.

In our sub region, the new leadership rekindled the already strong role that Ethiopia played in the Horn of Africa. In this regard, the Prime Minister’s initiative to end the two decades old “no-war, no-peace” situation with Eritrea has received paramount global applause and recognition due to its significant effect on the stabilization of the region. The world honored the Prime Minister’s initiative by crowning him with the most prestigious global award, the Nobel Peace Prize in 2019.

It goes without saying that for any reform process to succeed, it will require the active participation of key political, economic, and social actors in particular and the entire populace. It was in light of this fact that the new administration invited all political actors, civil societies, media organizations as well as every citizen to contribute their fair share in the process of reforming Ethiopia towards a democratically stable and prosperous state.

However, the reform process was not a smooth ride. Frequent challenges were posed by some groups abusing the widely opened democratic process, advocating for ultranationalism, and creating superficial inter-communal strife.
One can also clearly discern how these groups that have lost the monopoly of power such as the TPLF leadership have become a stumbling block to the reform by instigating instability and hampering political dialogue.

Since the start of the reform process, the Federal Government has been patient towards the transgression that has been perpetrated by some groups including the TPLF leaders. All the peaceful options availed for the TPLF leadership to engage in the reform process were rejected. However, the TPLF group remained intransigent to any form of dialogue and negotiations. Instead, it opted to continue destabilizing Ethiopia, by training and financing various armed groups as well as directly executing attacks in various parts of the country.

The climax to this intransigence came in the early morning of November 4, 2020, when the criminal clique attacked the Ethiopian National Defense Forces that have been stationed in Tigray region since the end of the war between Ethiopia and Eritrea in 2000. Only then the Government ordered the Federal Defense Forces to defend themselves by all necessary means and restore law and order in the country. The main objectives of the law enforcement operation were to bring the perpetrators of this heinous attack to justice, to set free the military generals and officers taken hostage by the group, and to restore peace and stability to the region.

The Election Board of Ethiopia has already announced the new date for national and regional election to take place in early June 2021. It is expected to be the most competitive and democratic election that the country has ever witnessed in its history. The European Union’s Election Observation Mission is also expected to observe these historic elections in Ethiopia.

Building democratic institutions and democratic culture certainly takes time; it also requires tireless and dedicated efforts. At this stage, the government has been able to lay down the basis for greater respect for human rights and better standards of governance in Ethiopia. The determination to conduct the upcoming national election is none other than a clear demonstration of this fact. For this to take roots, it requires the dedication of all political actors in Ethiopia.

The Author, Hirut Zemene, is the Ambassador of Ethiopia to Belgium, Luxembourg and E.U. institutions. The article first appeared on The Brussels Time

A new nature-based food and land use economy 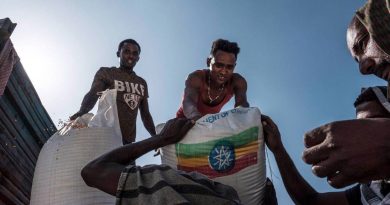 Opinion: Toward a Peaceful Order in the Horn of Africa 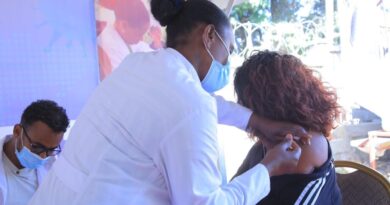