An unnamed global arms trafficking group tried to smuggle the weapons that originated from Turkey, Mersin, to Ethiopia.

NISS said the firearms were transported to Djibouti and covertly kept in Port of Djibouti for more than five months.

They were intercepted later while an attempt was made to smuggle firearms into Ethiopia, intelligence officials said.

Additional 229 boxes packed with electronic equipment and intended to be used as a cover for the smuggled firearms were also seized in the operation, the statement added.

The Security Service said about 24 suspects who were recruited locally to distribute the firearms to different parts of Ethiopia were detained as they were about to receive them, according to the statement.

NISS has been exchanging information with its Djibouti, Sudan, Libyan, Turkey and US counterparts to arrest those foreign nationals who were suspected of smuggling the firearms into the country, it noted.

Of the seven suspects, two Sudanese nationals were arrested after the exchange of information with the country’s intelligence service, according to state-affiliated FBC.

Joint efforts have also been launched with Libya, Djibouti, Sudan, Turkey and the US intelligence services to detain the other suspects, it added. 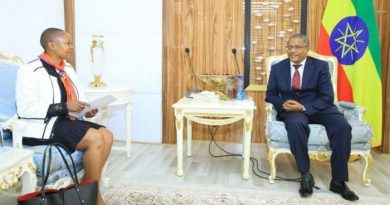 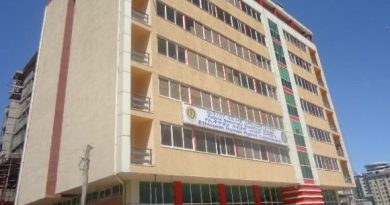