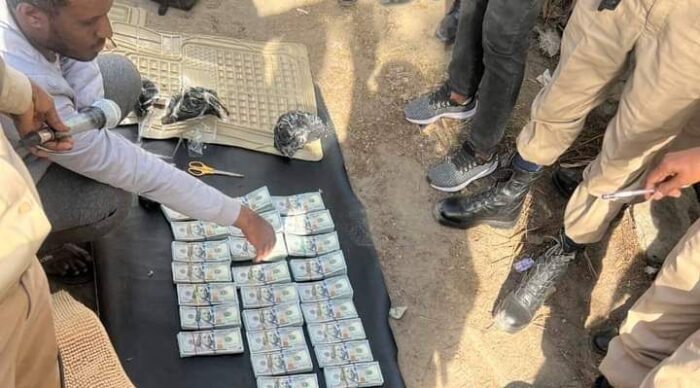 ADDIS ABABA – Ethiopian police have intercepted nearly a quarter of US dollars in cash from smugglers, reports a state-run news agency Thursday.

The seizure was made in Adama with a joint operations of Oromia Police and the National intelligence and security services (NISS).

Police also arrested two suspects who were trafficking the cash hiding in the dashboard of a private car, according to ENA.

The two men, who began their journey from Addis Ababa, were trafficking the cash to eastern Hararghe.

They, however, were intercepted by Oromia Police in Adama city.

The Police were able to recover a total of 248, 300 US dollars following the search.

Investigation into the case is still ongoing to find possible collaborators in the illicit financial transfer.

Illegal Forex transfer and trade is often blamed for stoking inflation in the country.

Ethiopia Exports $421mln worth of Cut Flowers in Ten-month

ADDIS ABABA – Rebuilding more than 70 schools destroyed in the recent conflict in northern Ethiopia, according to the Ministry of Education. Share this

Grade 12 Exam: Only 3.3% of Students Pass the Halfway Mark

Emirates Airlines has operated its first milestone demonstration flight on a Boeing 777-300ER, powering one of its engines with 100% Sustainable Aviation Fuel (SAF). Share

The International Air Transport Association (IATA) welcomes the reclassification of airspace over Somalia and the surrounding region to Class A after three decades. Share this

Ethiopian Airlines to add Atlanta to its Flight Network

Ethiopian Airlines Flights to China to Return to Pre-Covid Levels

Pioneering the Possible: Ethiopia’s Green transition solution to the World

Do not let AIDS slide down the priority list in Africa

10 Things Africa Must Do to Accelerate Industrialization & Economic Diversification