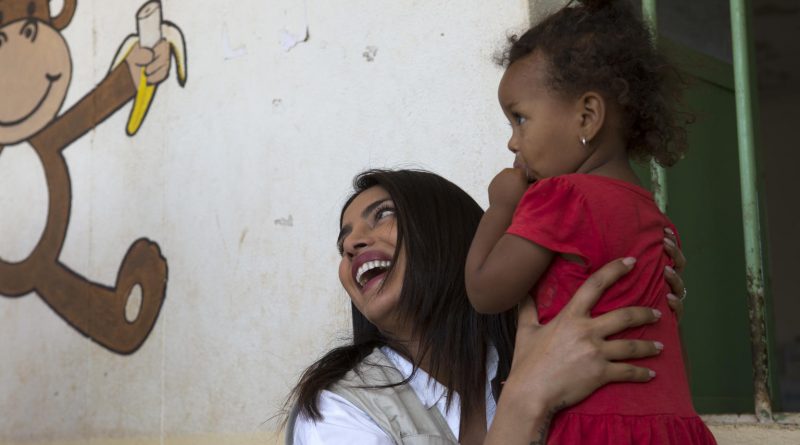 ADDIS ABEBA – Actress Priyanka Chopra Jonas has met refugee children who have fled their countries due to conflict and humanitarian crises in Ethiopia this week.

During the visit, Chopra Jonas, who is UNICEF Goodwill Ambassador, met children and young people living in the Bambasi refugee camp – a home to 17,000 refugees largely from the Sudan.

She also met children in Hitsats and Adi-Harush camps, where 55,000 refugees from Eritrea currently live.

“Children uprooted from their homes by war and disaster endure the most disruption to their lives,” said Chopra Jonas, after her visit

“They miss out on education, healthcare and stability, which makes them extremely vulnerable to violence, abuse or exploitation,” she added.

Ethiopia is home to 900,000 refugees – the second largest refugee population in Africa.

Most were forcibly displaced from their homes in Somalia, South Sudan, Eritrea, Sudan, and Yemen.

According to the UN, many have crossed borders in search of peace or a better life, facing deadly dangers and discrimination along the way.

Many are now attending schools in their camps.

“It was amazing to walk into classrooms packed with students eager to learn,” said Chopra Jonas. “So long as children have access to education, there is hope”.

UNICEF ambassador said the agency “is supporting the government in training teachers, supplying books, and building schools and classrooms so that all children enjoy their right to education, no matter who they are or what their migration status is.”

At both Hitsats and Adi-Harush camps, schools, health centers, and other essential services are integrated and serve both Eritrean refugees and Ethiopian nationals.

“Like their refugee peers, Ethiopians in these communities also struggle with poverty and limited resources,” she continued. “Having programs available for both communities bring equal opportunities to all the children here – education, nutrition and health services – things every single child needs to survive and thrive.”

Chopra Jonas watched a football match in which both Ethiopian and Eritrean players participated.

The captains of the two football teams explained that when the first Eritrean refugees crossed the border, they were dismissive towards each other and cautioned not to interact with each other.

They said, through time, shared schools, and a better understanding that both have the same needs, they now live closely together, go to school together and play together, as they both share a love of football.

“What I saw in Ethiopia is the capacity of human beings to empathize with and alleviate human suffering,” said Chopra Jonas.

“Ethiopia is a shining example of what we – individuals, communities and governments – can do to help those who have been displaced by conflict and humanitarian disasters by allowing an open-door policy to refugees and providing protection to those seeking asylum in the country,” the actress concluded. 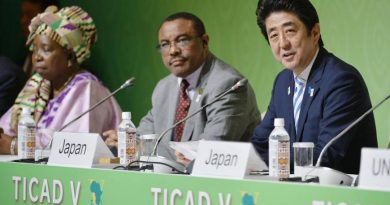 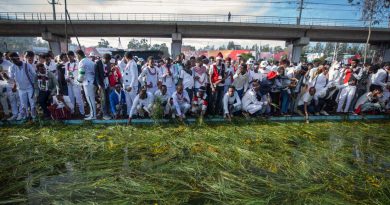 Abiy Extends Best Wishes to All Ethiopians On Irreechaa